Doug Rodricks grew up in sunny southern California and would spend many summers vacationing in Yosemite National Park with his family since before he could crawl. The sights, sounds, and smells of the outdoors were instilled in him at a young age, as he experienced the beauty of the high country. His interest in trout fishing started at the age of 9, when he witnessed an angler reeling up a trout out of the Merced River. To this day, he still remembers the sun’s bright glare reflecting off that fish’s iridescent scales. It was this magical and captivating scene that would spawn his passion for fishing. The following year, he hooked his first trout in the gin clear waters of that same river. 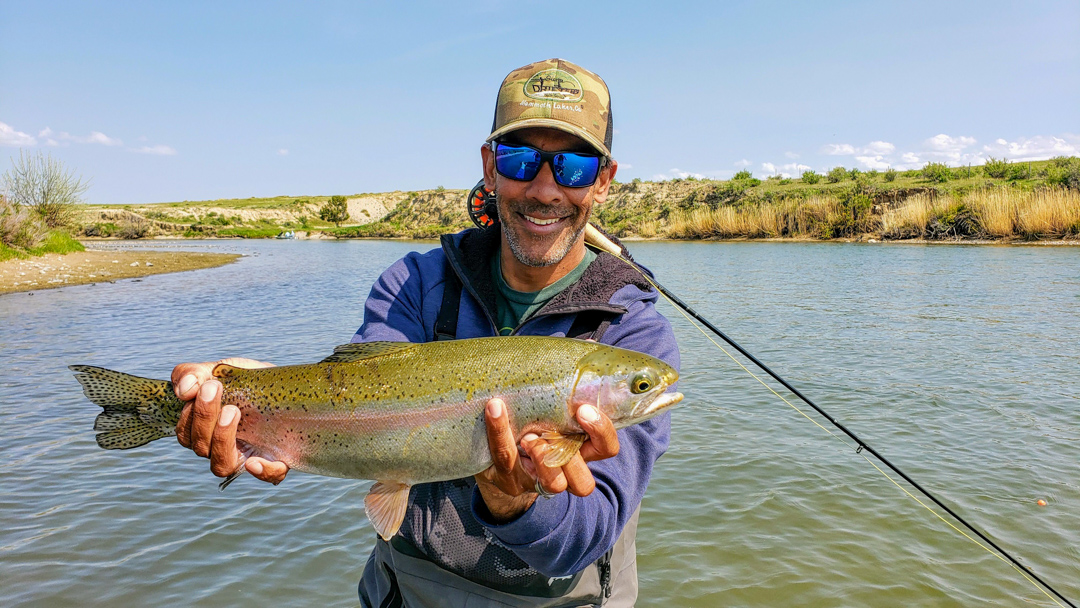 Doug continued to fish anywhere and anytime he could throughout his growing years. The majority of his fishing was for trout in the eastern sierra and tuna, yellowtail, dorado, and wahoo off the california coast and baja peninsula.Doug took up fly fishing at the age of 18 and would practice fly casting after school every evening. He vacationed in Idaho and West Yellowstone one summer, where he experienced drift boat fly fishing for the first time. In 2001, he met Tom Loe in the eastern sierra where he continued the path to learning the most exciting way of catching trout.

His patience, outgoing personality, and teaching techniques have served him well in guiding clients to some of the best fishing areas in the Eastern Sierra. He has a knack for working with beginners and youngsters and finds it very rewarding to watch them catch their first fish on a fly rod. Doug’s knowledge of the area and fly fishing techniques have also challenged and rewarded some of the most experienced of fly fisherman. Many of our clients claim an outing with Doug is like fishing with a friend they have known for years. Doug has appeared numerous times on the pages and covers of Western Outdoor News, with his clients displaying their trophy catches accompanied by their smiles. He is a United States Coast Guard licensed captain. 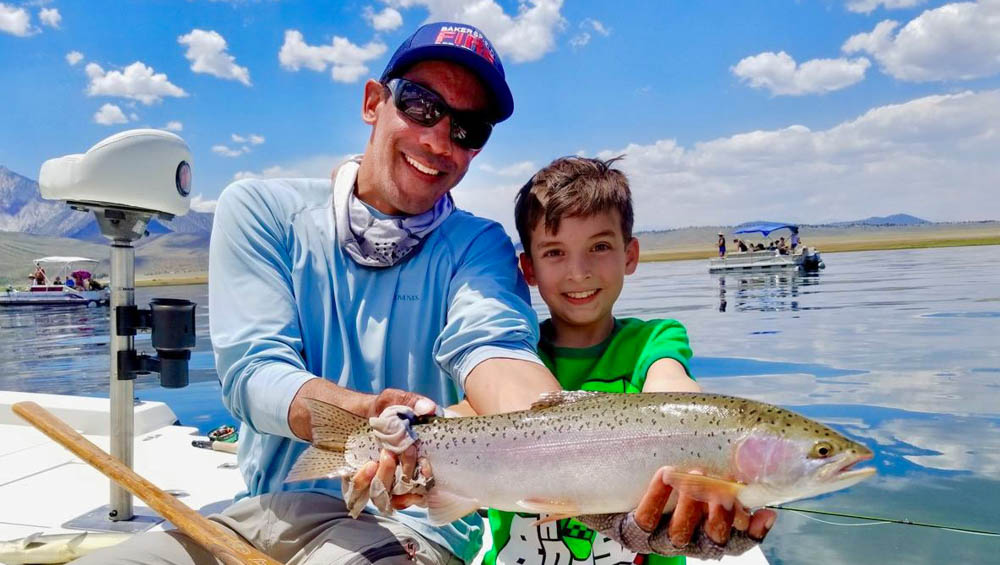 By learning from his mentor and friend, Tom Loe, Doug soon found himself taking over as the owner of Sierra Drifters Guide Service, where he continues to innovate and provide the best service and instruction to Sierra Drifter’s repeat and fast growing customer base. Doug is a USCG licensed captain, and his top of the line Ranger Bay Boat spans 24’ in length and sports an impressive 250 HP Mercury Verado; which not only gets you to the biting fish quickly and safely, but employs some of the most cutting edge electronics and fish finding tools available. This vessel can fish up to 4 anglers on Crowley and Bridgeport reservoirs comfortably and with ample room for storage. A 17’ Willie Drift Boat is also available for fishing the Lower Owens River which can take up to 3 anglers. 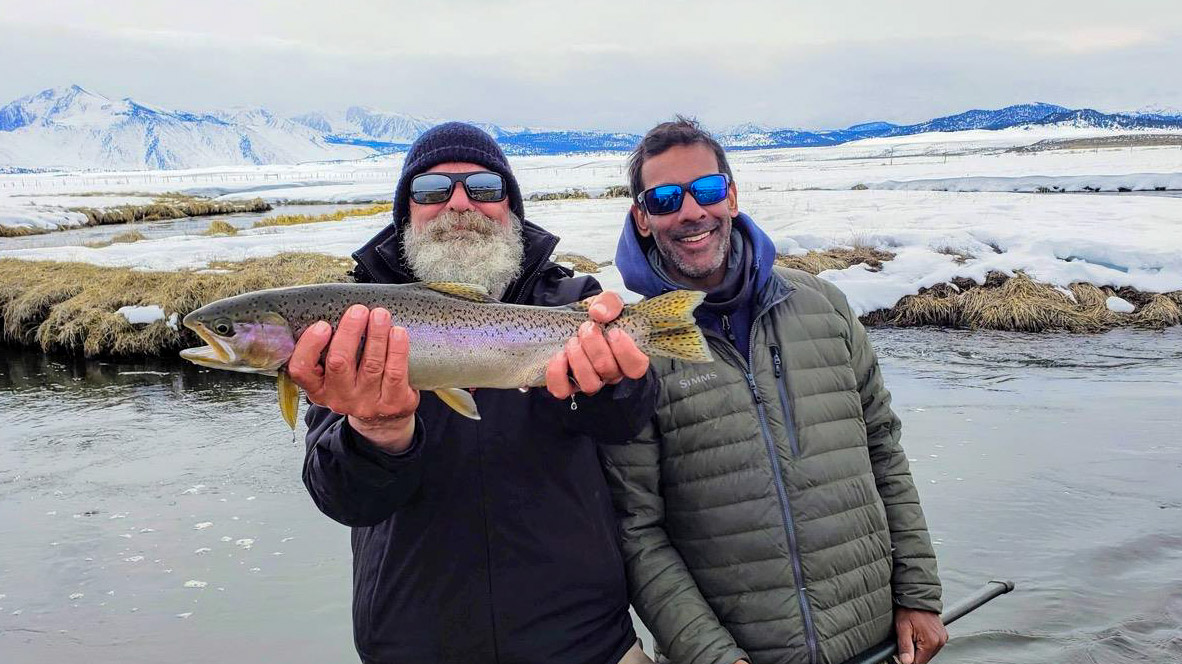 Doug also guides on the best rivers and creeks in the area for catching large trout. Nymphing and streamer fishing are the primary techniques Doug uses during these outings, but when the fish come to the surface to feed, he will switch over to dry fly fishing to catch these beautiful fish. In the winter months Doug rides his clients out to the best fishing spots by snowmobile where you can fish to rainbow trout ranging from 19 – 25″ in length. 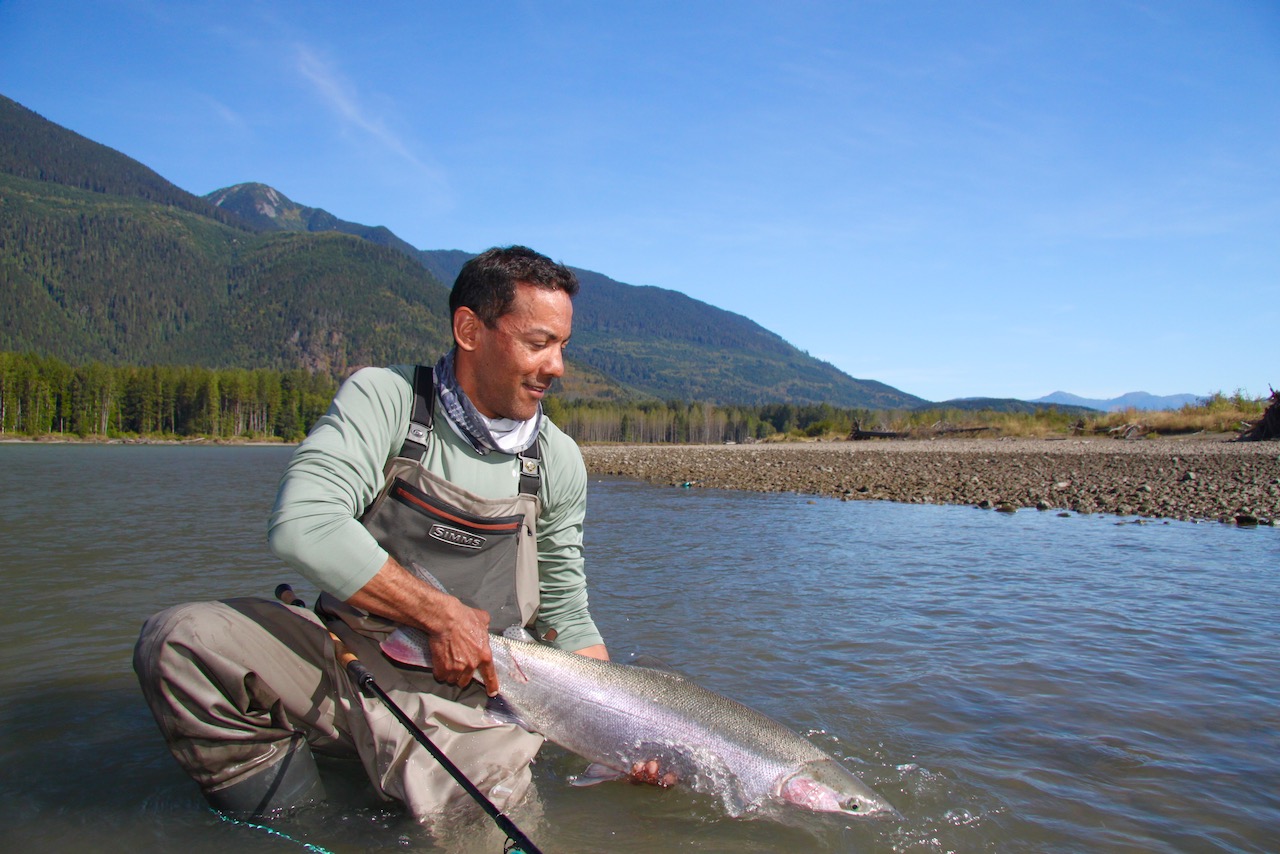 Check out our photo gallery here.