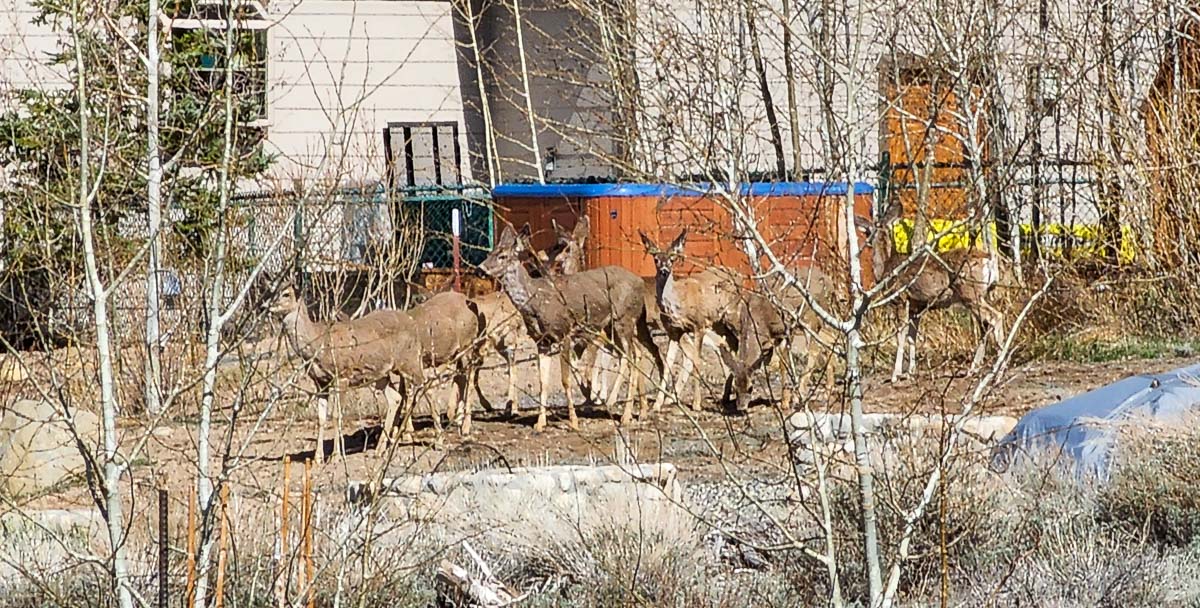 We are awaiting opening day of the general trout season which is just under 2 weeks away. Soon boats and anglers will be seen on the waters which have been closed for the winter months, and fishing will be open on almost all waters in the eastern sierra. Winter is still trying to hold on by bringing wind, rain, and snowy conditions lately. We could have really used these weather systems during the winter months as now it is a little late for bringing anything measurable. We have seen some banner snowfall days in late April in the past though. Docks are in at Crowley Lake and with early ice out, fishing should be good in the usual early season areas. Hot Creek flows are lower now, but bug hatches late in the mornings and early afternoons are bringing fish to the top to feed. Upper Owens is awaiting the bulk of the cutthroat to enter the river with a few spring spawning rainbows still left over. Lower Owens River flows got a boost but are starting to come down again to the 150 cfs mark. Fishing has been good with smaller nymph and dry fly patterns.

Hot Creek The road to the canyon parking lots is completely clear and both sections of the creek are fishing best in the late morning and early afternoons. Good bug hatches are making for plenty of surface activity on most days. BWO’s, Caddis, and midge imitations on the surface have been responsible for fish catches. When fishing nymphs, unweighted midge patterns, scuds, SD Crawlers, #20 Flashback Pheasant Tails, and Caddis larva and pupa patterns have been good. Look for open runs and pockets along the weed lines with lower water levels in the canyon area, and fish any water that looks deeper than the surrounding river bed as they tend to hold more fish.

The Upper Owens River has a few spring spawn rainbows left and the cutthroat trout should be making their way up river soon. The BWO hatch is coming off pretty good in the afternoons, and the resident wild rainbows and browns who stay in the river all year are taking advantage of this hatch.

Pyramid Lake has been decent on some days and slower on others. Up and down weather has been playing a role, but the big fish seem to be here one day and gone the next. Not really any consistent pattern right now, but that should change here soon. Midge patterns, baitfish patterns, popcorn beetles, and parallel patterns have been getting some of the larger fish to bite. We still have some dates in May available and we will be guiding here until the end of that month.

Hans guided Ronald to one of Pyramid Lake’s finest cutthroat trout. You never know when that fish of a lifetime is going to eat your fly!

Ronald and Paul banged up some good ones with their two days on Pyramid Lake with Hans.

York with a nice Pyramid Lake fat cutthroat trout while fishing with Hans.

Ed with a beautiful cutthroat trout while fishing with Hans.

Ed with another nice one.

Cory guided Ryan to this slick rainbow trout on the Lower Owens River.

Here are our flies which are working on the Upper Owens, Lower Owens River and Hot Creek in addition to the above patterns listed in our report: