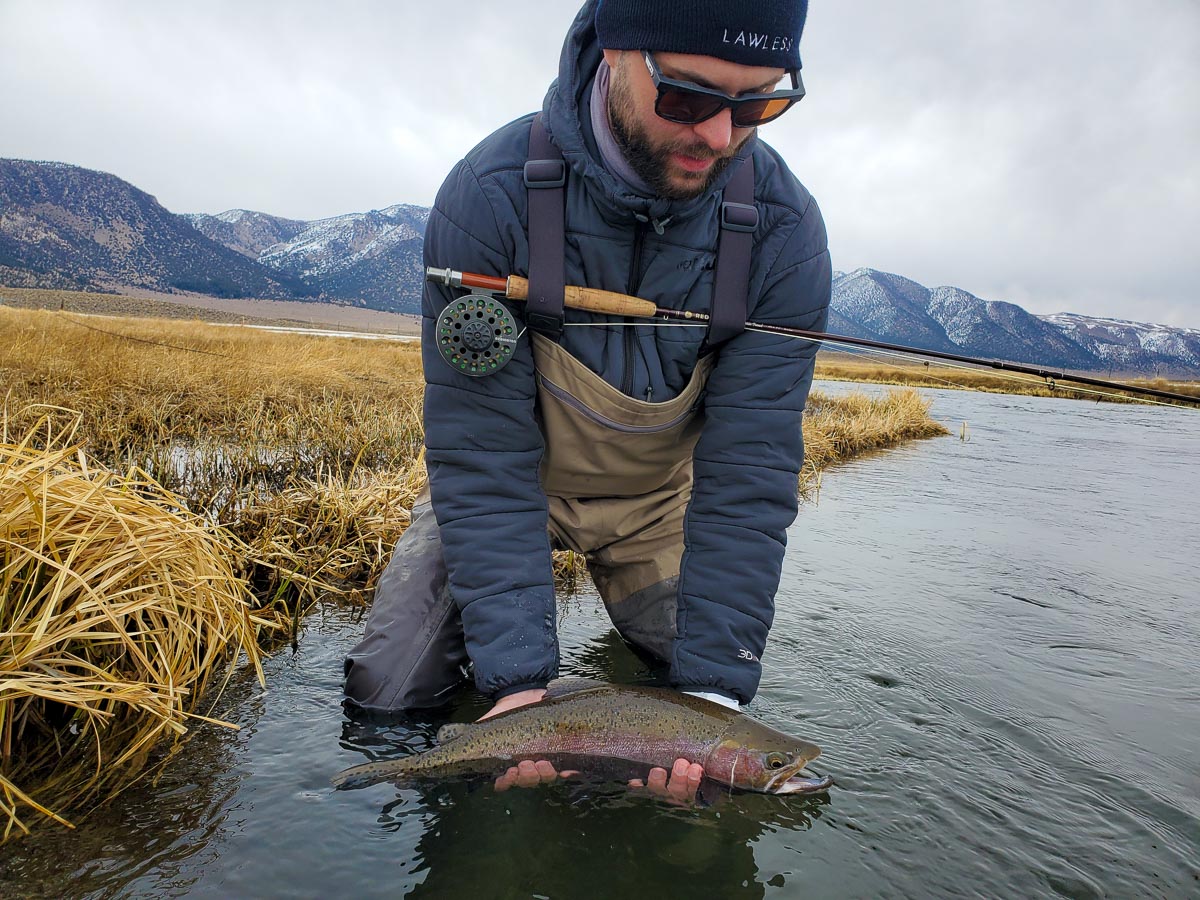 The evenings are getting longer now and the fish are starting to switch over to spring mode as the weather has been very mild for this time of year. Some of the larger fish from the Upper Owens River are making their way back to Crowley Lake. While some spring spawners will soon begin entering the river. No major storms in the forecast and most of the snow from last month is disappearing quickly. Take extreme care when driving the roads on the Upper Owens as there are now some serious puddles, ponds, and even creeks that have formed from the snowmelt.

Hot Creek has been fishing very well in the mornings before the run off comes through from Mammoth Creek and the afternoon mayfly hatches have been strong. The fish are now taking interest in smaller nymphs, and the midge hatches are going all day.

The Upper Owens River is still fishing well for large migratory rainbow trout. You will find the fish now scattered throughout the river from Long Years down to the Benton Crossing Bridge. Water clarity will be stained in some areas due to the run off entering the river. Fishing along the undercut banks and deeper pools are giving up some nice fish for those fishing assassins in dark and light, san juan worms, copper tiger midges, pheasant tails, and egg patterns.

The Lower Owens River is also fishing well especially prior to and during the mayfly hatch. Look for the hatch to last a couple hours between noon and 2 pm. When the fish go back down to feed on nymphs the same patterns that are working on the Upper Owens are working here. Scale down the sizes to #18 -20 and it is game on.

Tom fished with Hans Grotewold and got this super rainbow trout.

TJ fished with Hans Grotewold and got this super rainbow trout. He is now hooked on fly fishing.

Mark fished with Doug Rodricks and got this super rainbow trout.

6 year old Parker McNab fished with Two Bug Doug and caught this awesome wild brown trout all by herself.

Parker and her dad Calder are all smiles.

Doug Rodricks guided Greg to this painted up rainbow trout.

David with another great rainbow trout.

Here are the duo displaying a jumbo rainbow trout.

Seth got John on some nice rainbow trout on the East Walker River before it closed.

Two Bug Doug guided Greg and John to some stunning rainbow trout like this one. 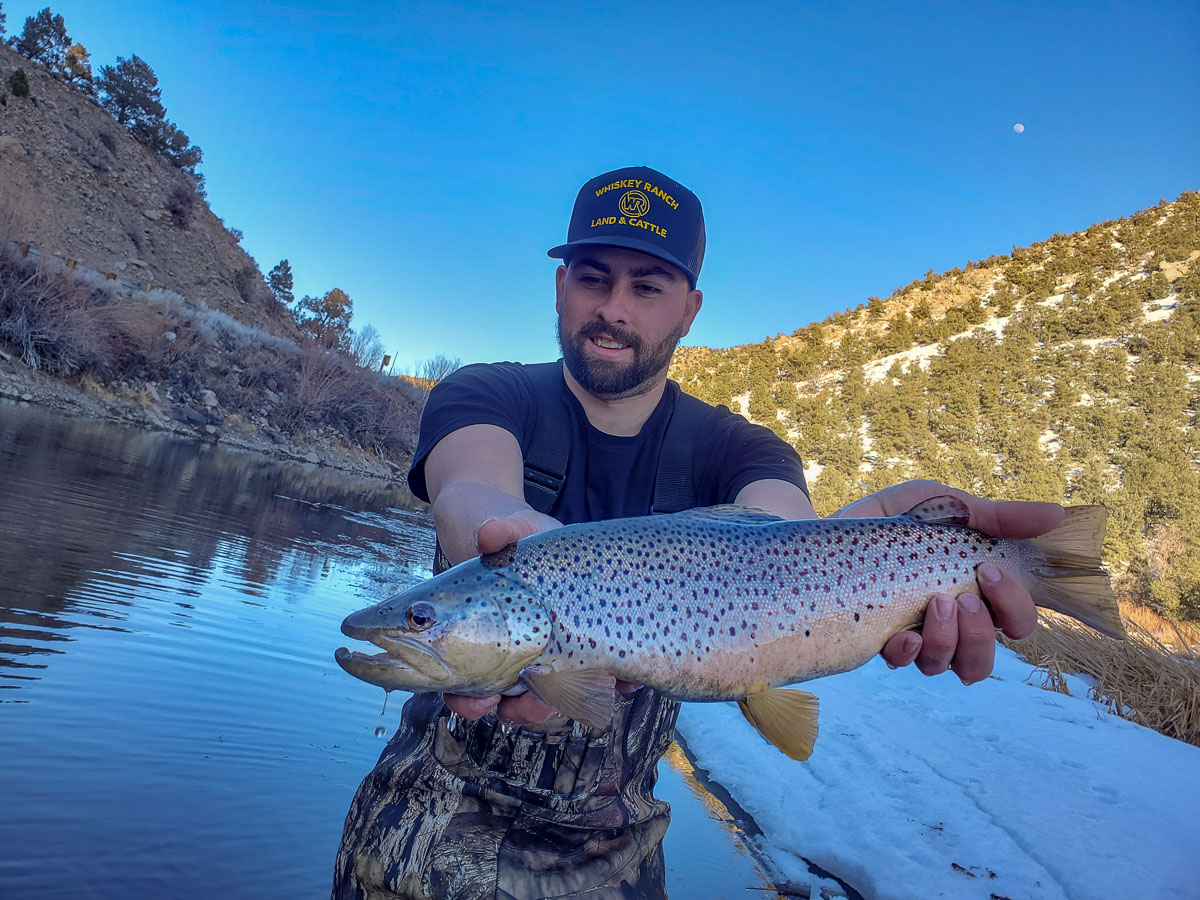 Seth put Cody on some big browns on the East Walker.

Tyler fished with Two Bug Doug and got this super rainbow trout.

Brendan with another hog rainbow trout.

Preston fished with Doug Dolan for this pig of a rainbow trout.

Kelly fished with Doug Rodricks and got this nice rainbow trout.