Smoke in the sky one day and crystal clear the next is what has been happening around here. Many concerned anglers have been phoning in and inquiring about the air quality. We have not had a day yet that we have deemed unfit to go out and fish in. Even on the days when the smoke comes in heavy it is not much worse than being at a campground with campfires burning all around. It can often look much worse than it really is.

The nighttime temperatures have begun to drop now and we had our first freeze a few nights ago. Once the sun comes up however, it doesn’t take long for temperatures to start climbing into the 70’s which has been perfect after the record setting heat wave the state has had this summer. Mammoth Lakes did receive some rain this last week, which helped in controlling the creek fire to some extent. So far, the town has prepared all residents for an evacuation if necessary, but there is no immediate threat currently. The major wind event which was the big concern last weekend came and went without any incident for the town.

Now that we got that out of the way, let’s put an end to the rumor that Crowley Lake and the Upper and Lower Owens Rivers are closed. There is no truth to this, as these areas fall on the LADWP land and they will remain open. The Forest Service has closed their land to commercial and recreational use until 9/24/20. Please click here for more info. Areas like Hot Creek, the San Joaquin River, the Mammoth Lakes Basin, and June Lake Loop waters fall into the closed category.

Crowley Lake has been as good as it gets, meaning 50 plus fish days on all species, with a heavy emphasis on cutthroat trout catches. The lake level continues to drop and the fish will migrate away from the shallows with the changing water levels. Both ends of the lake have been producing great numbers of fish of mixed sizes. Somedays the quality is better than others but it has been extremely consistent fishing on fish from 16 – 23″. The majority of fish have been caught right over the mud bottoms and feeding heavily on midges. The hatches have been exploding currently and the algae drifts in from time to time. Cleaning your flies and leader is important in getting bites so keep an eye on that when the algae rolls in. You will get fish right on the bottom and all the way up to the surface so vary those depths with your flies. Streamer tuggers are getting into some nice fish too and going bigger with their flies now that the perch fry have grown. It can be good to mix it up with both setups at this time of year.

The Upper Owens River has been good recenlty nymphing with the usual flies, but we haven’t seen anything of size just yet. There are some hatchery and wild fish still milling around in the deepest pools, and as the water starts to chill down nightly, these fish will start to transition into fall feeding mode. A few hoppers are still on the scene, and you can still get takes casting them to the banks for a little while longer. Otherwise, nymphs and dry dropper rigs in sizes 16 -20 will get the job done. We will be keeping a close eye out for an early push of larger fish from Crowley Lake moving in here in the coming weeks.

The Lower Owens River is still running high so we are not fishing here with our drift boats currently. We should begin to see a decrease in flows as we get closer to October. Fishing around the edges and slower pools can produce some fish, but you will have to put some weight on and get down deep.

The East Walker River flows have dropped since last week and most of the fish have moved into deeper water. The cooler nighttime temperatures and lower flows will trigger a fall feeding behavior as the water gets cooler. Streamer patterns can be great right now and will get some good looks and takes from larger fish. Running nymphs through these deep sections will get the majority of the medium sized fish to bite.

Here are some recent catches from our clients: 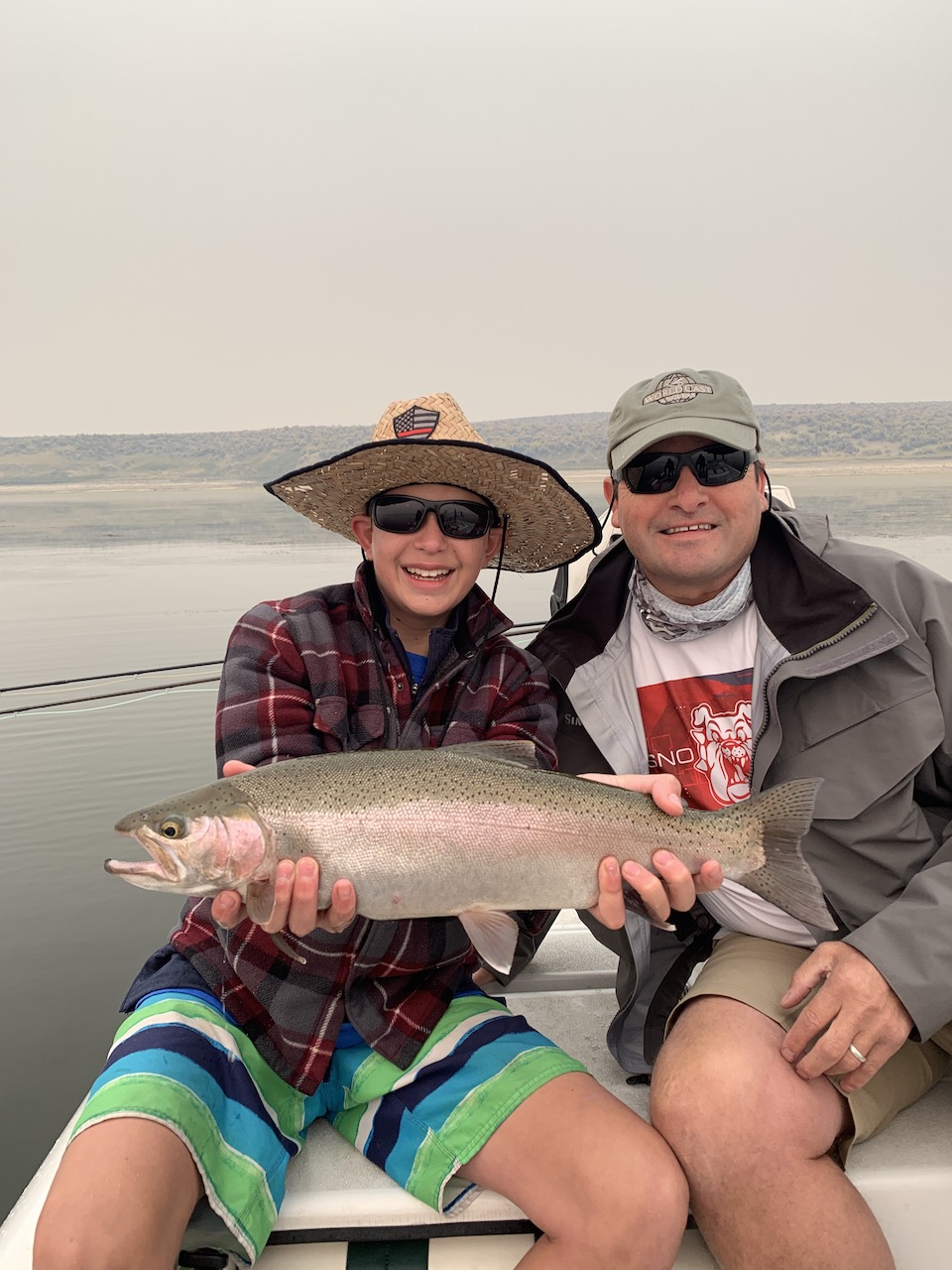 Alfonso and son Zac fished with Hans for this nice rainbow trout. 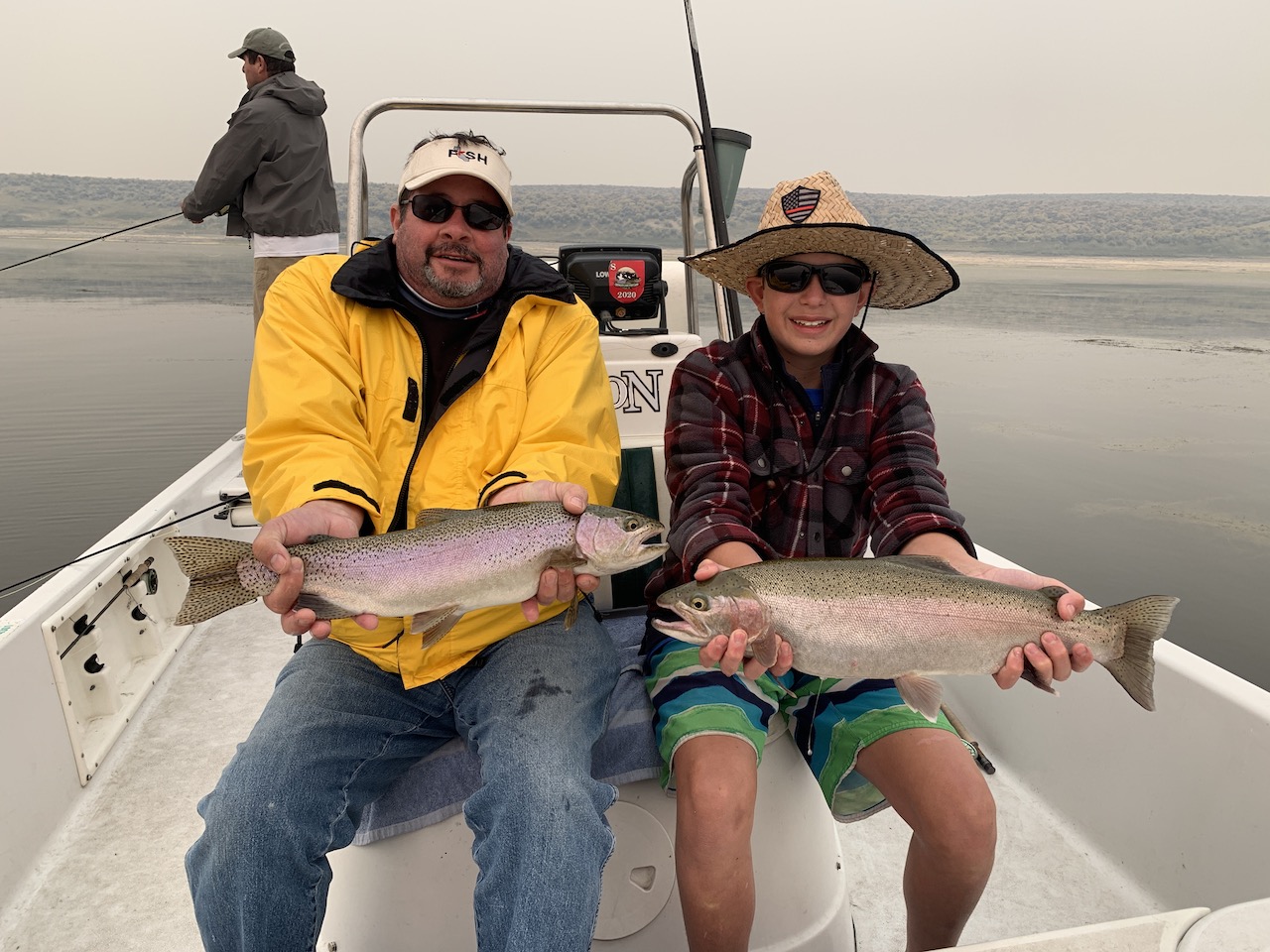 Marcos and Zac with an nice double on rainbow trout. 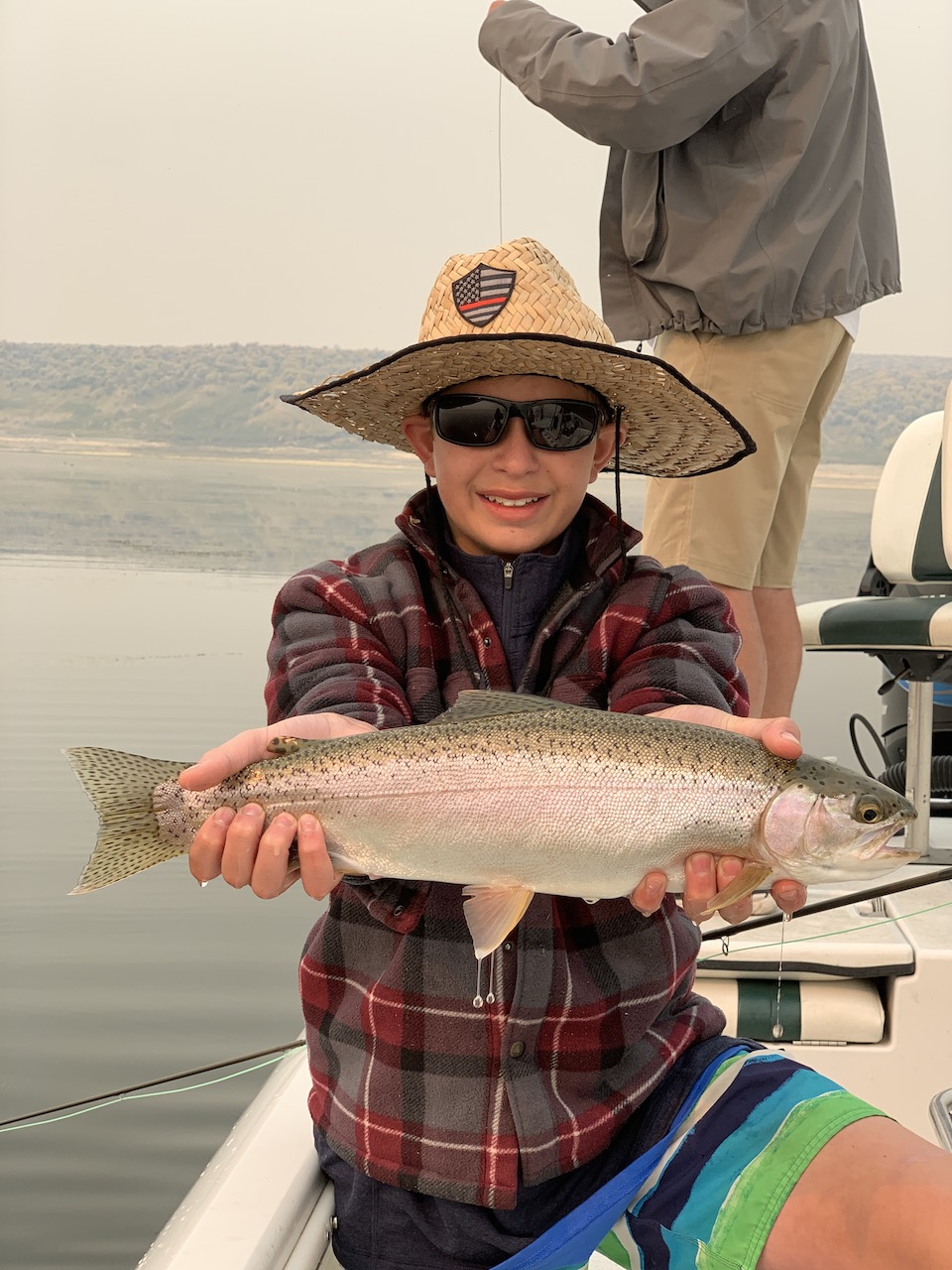 Zac with another nice rainbow trout. 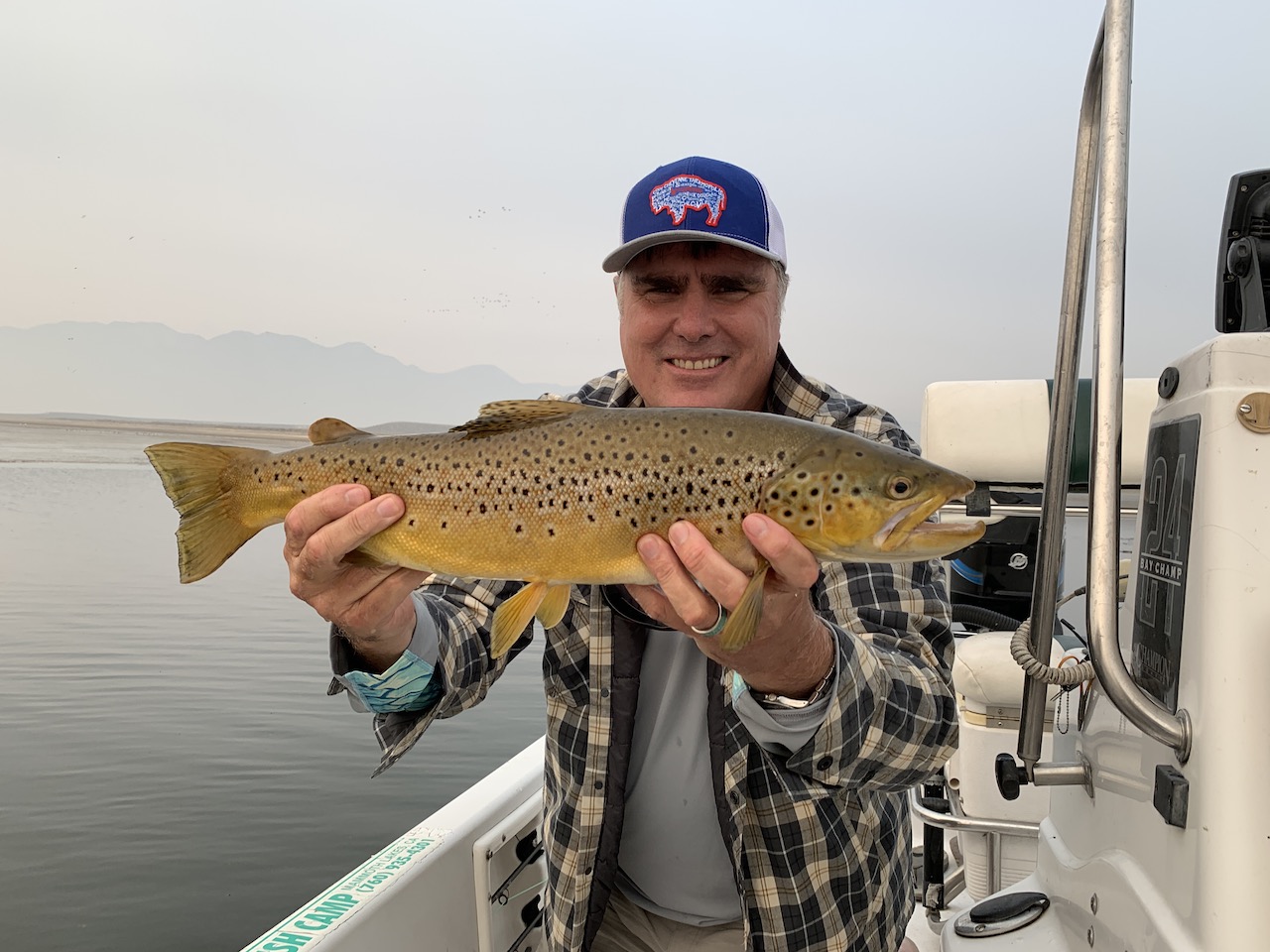 Peter shows off an awesome brown trout while fishing with Hans. 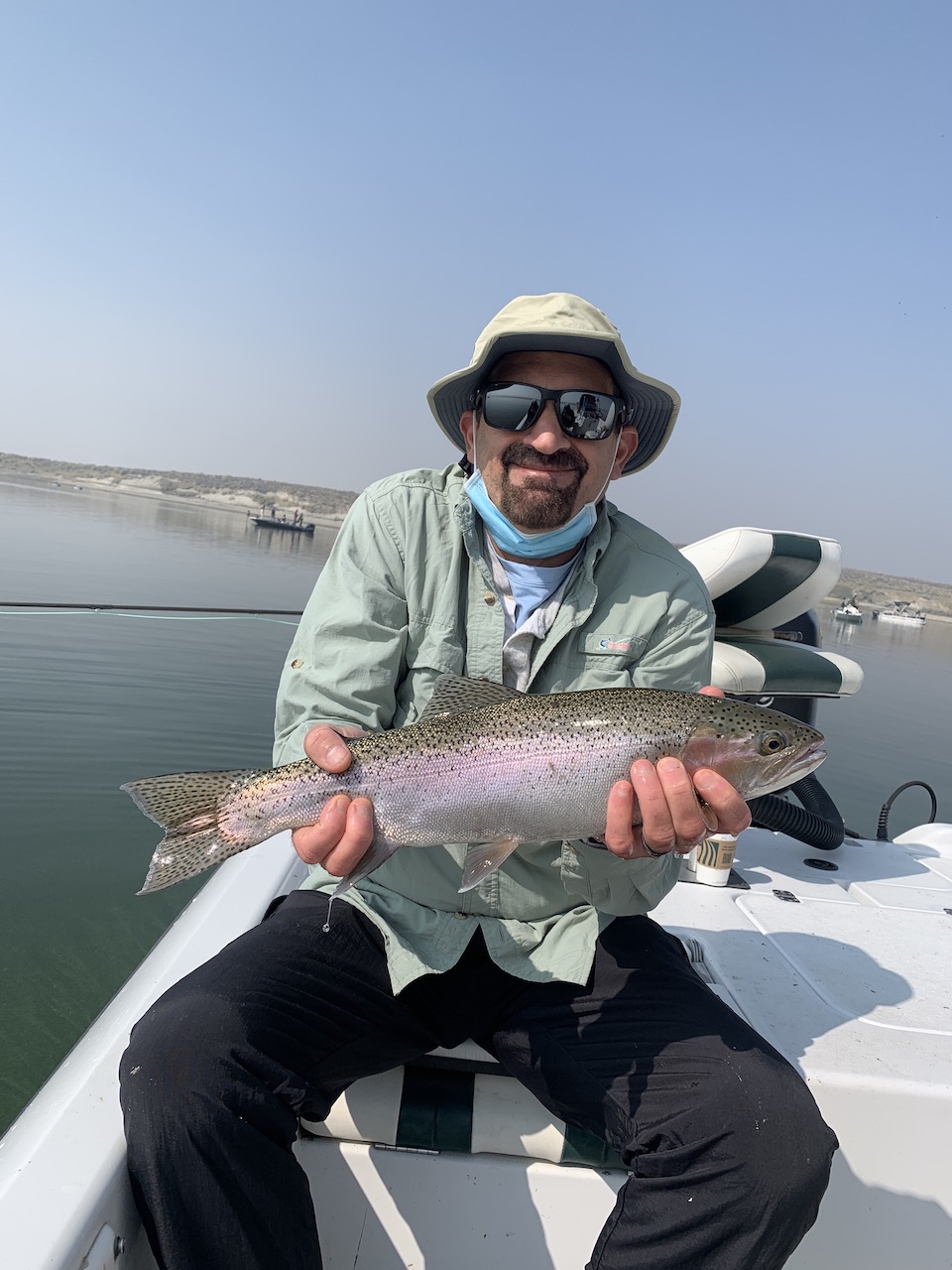 John fished with Hans for this great rainbow trout. 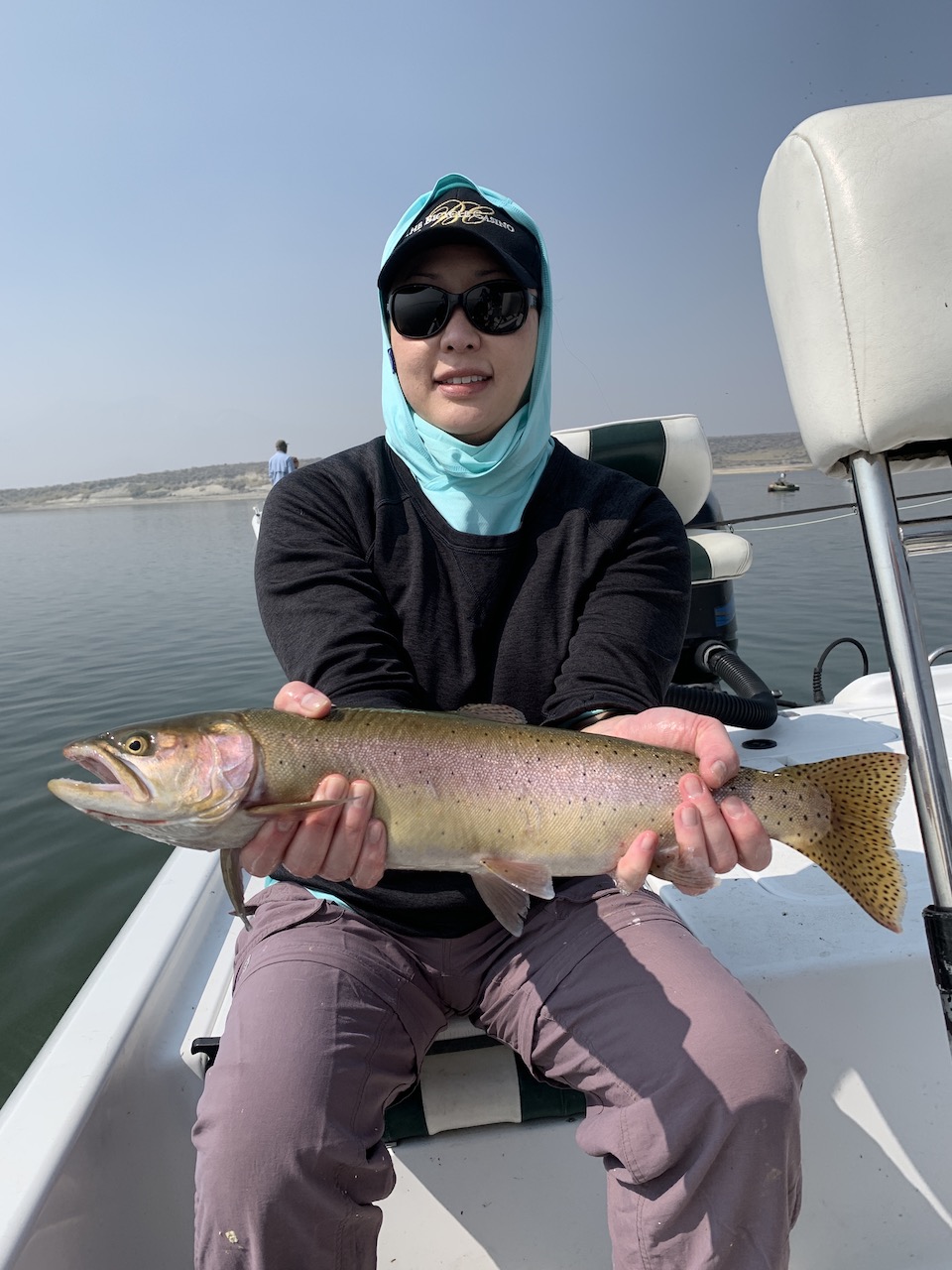 John’s wife Jane got into them with this super cutthroat. 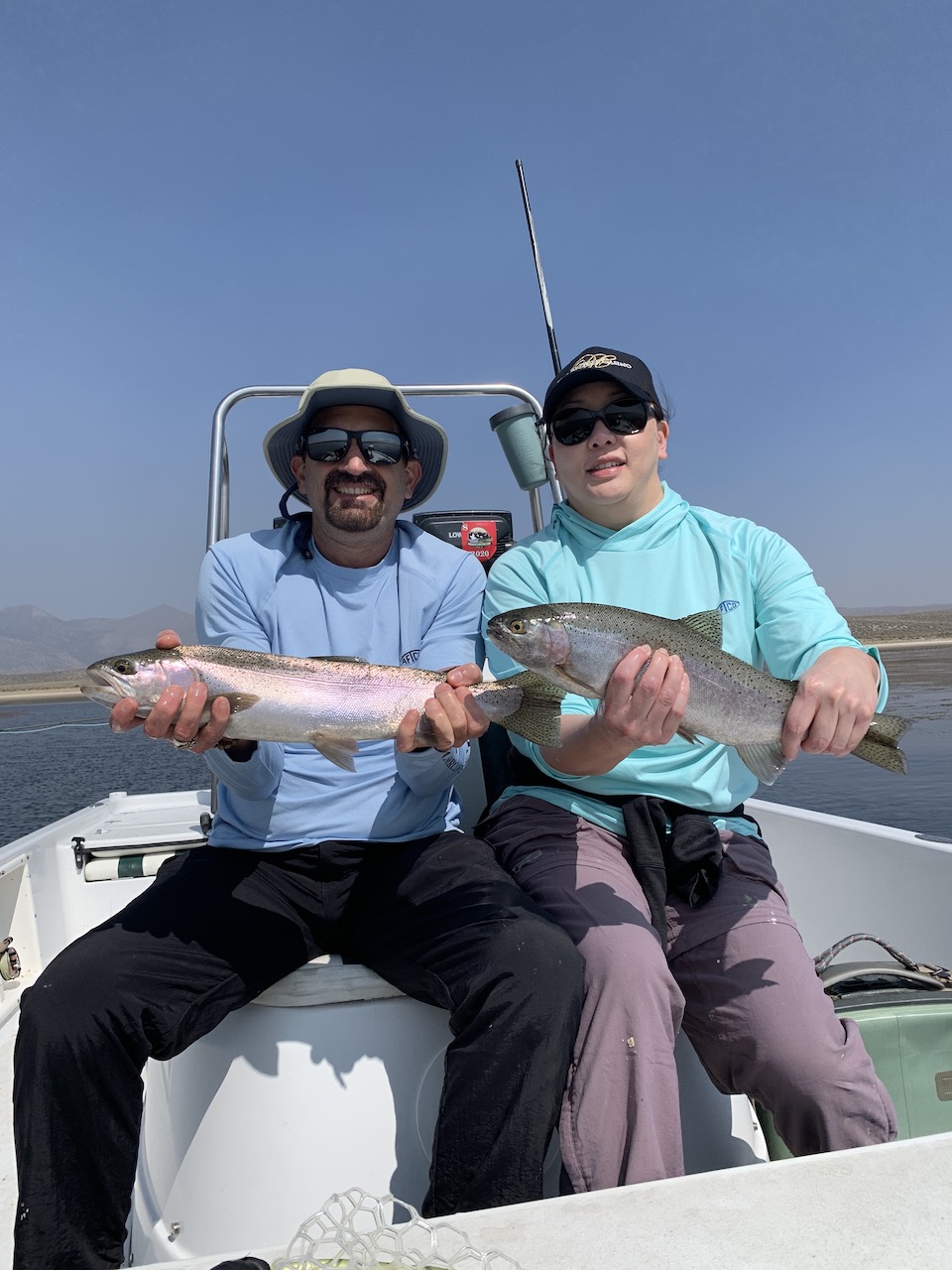 Here’s the duo with a double on rainbow trout. 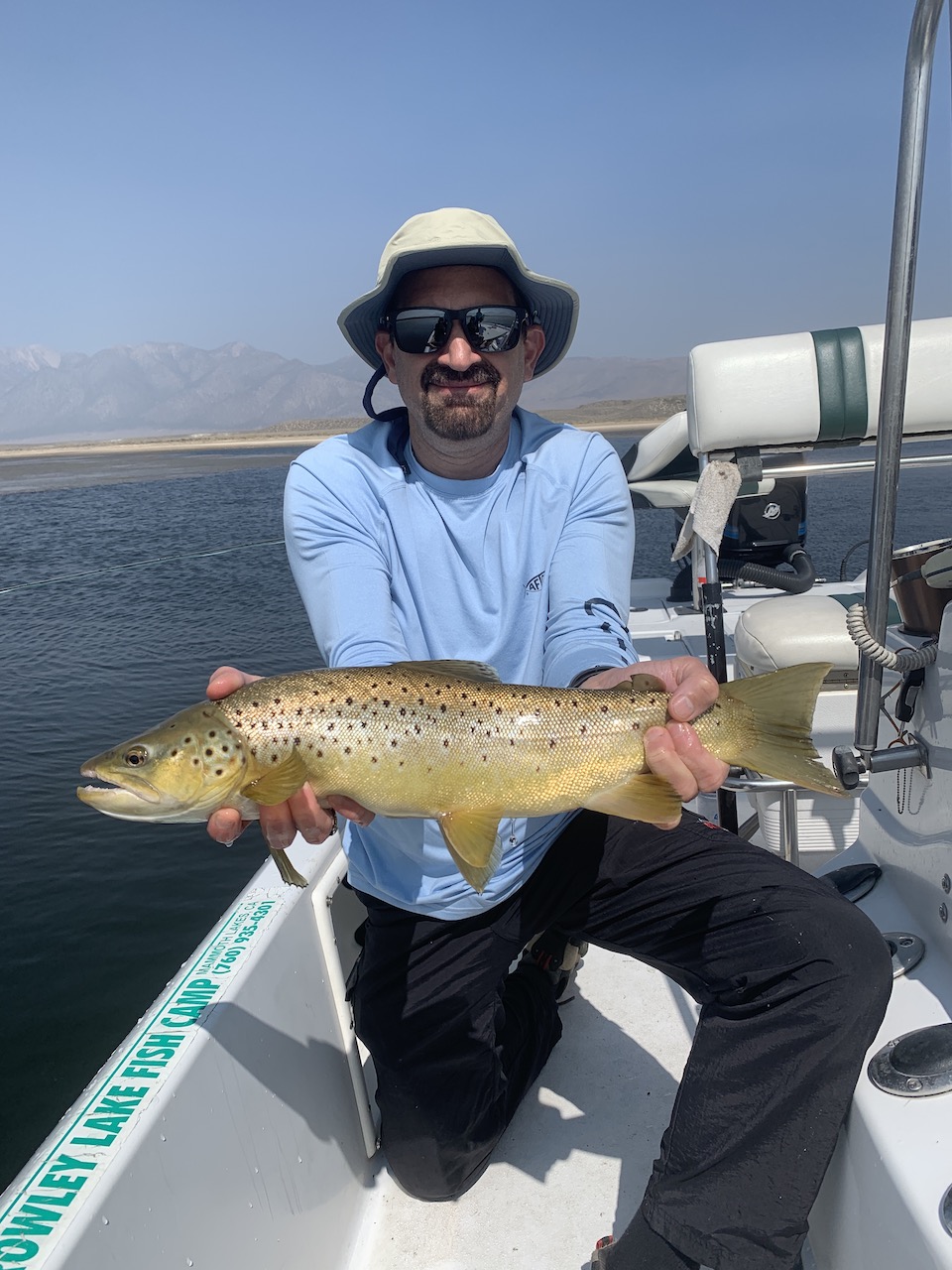 John with an awesome brown trout. 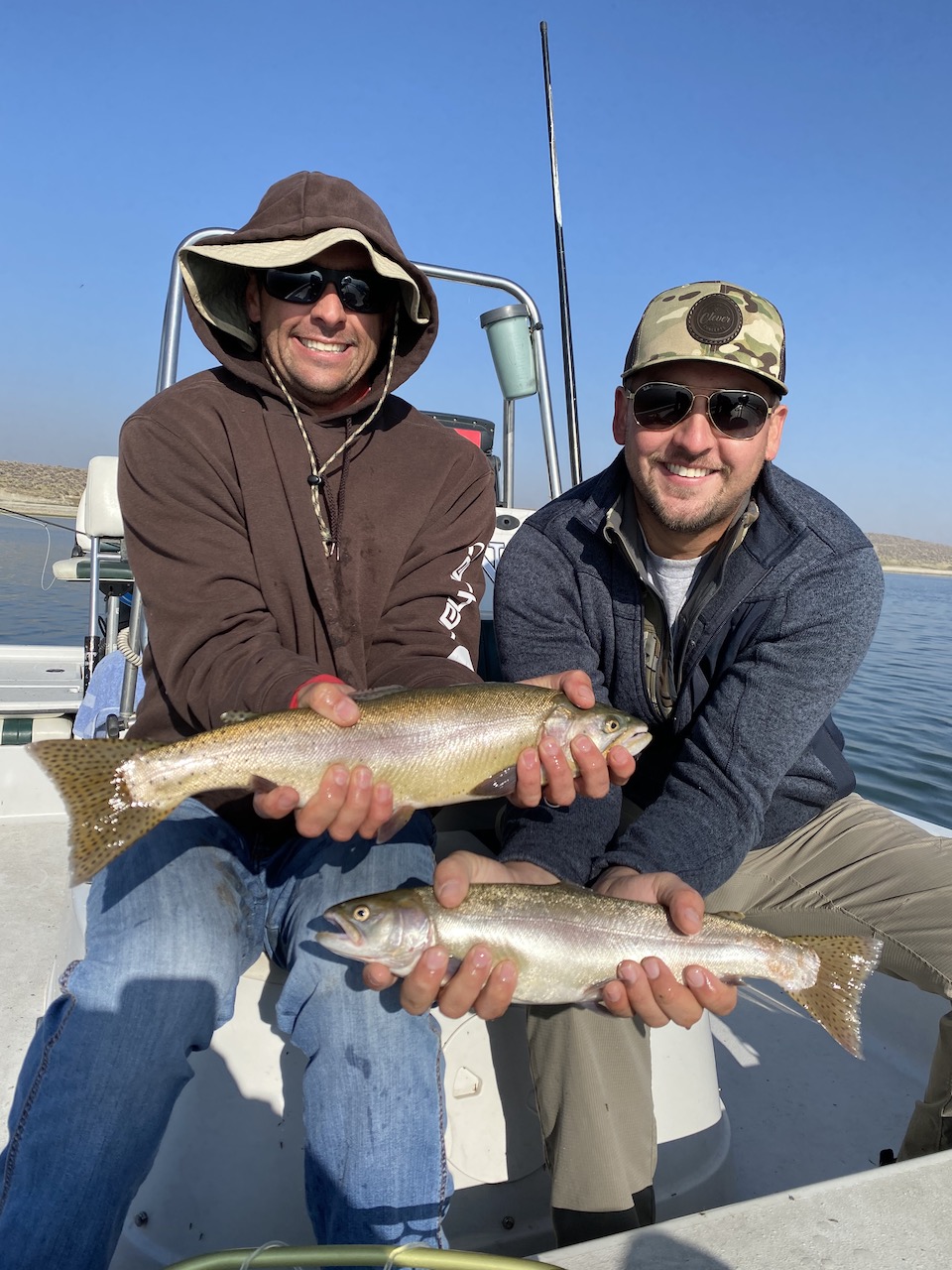 Isaac and Logan fished with Hans and crushed some big ones like these cutthroat trout. 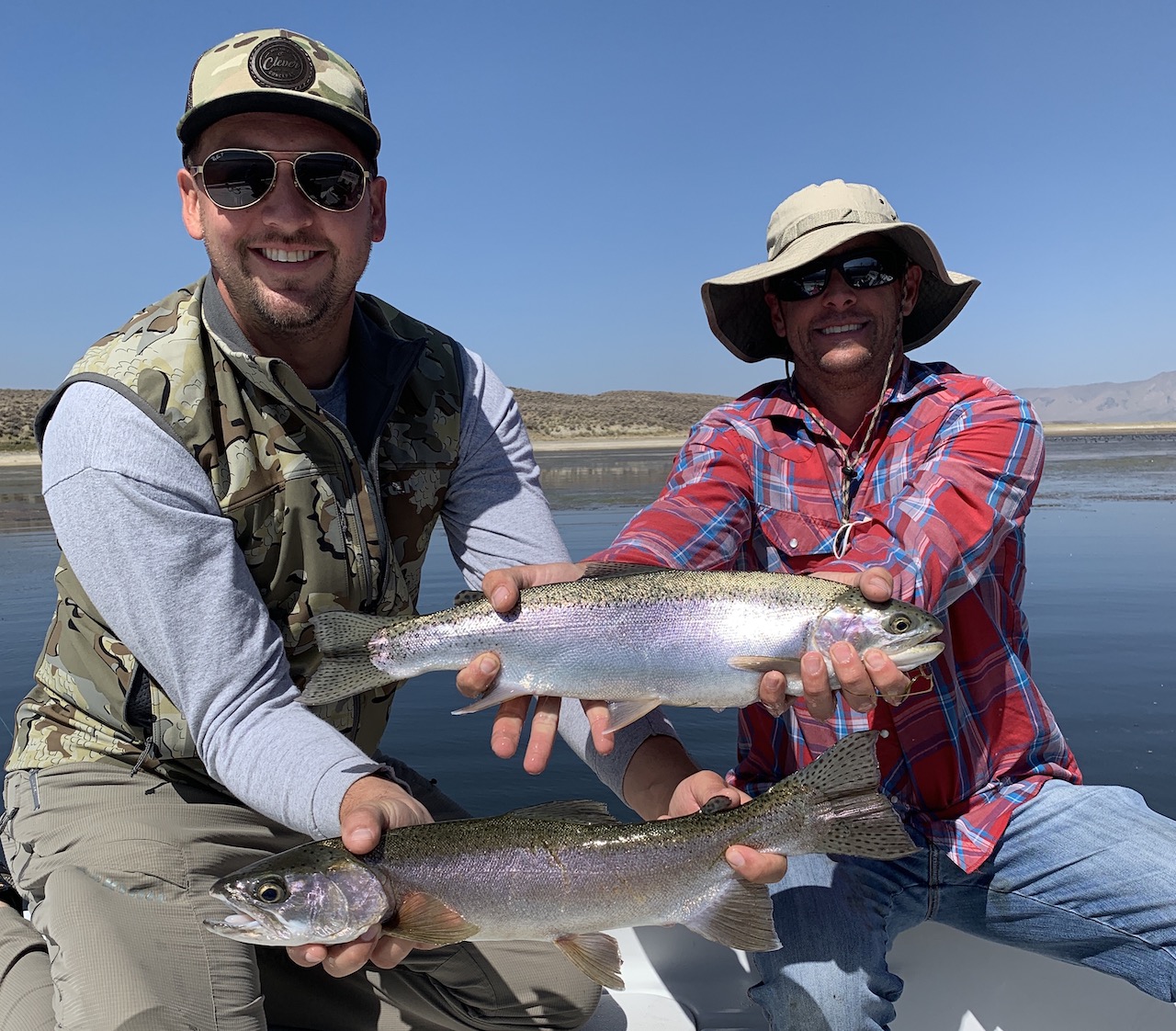 And another rainbow trout double. 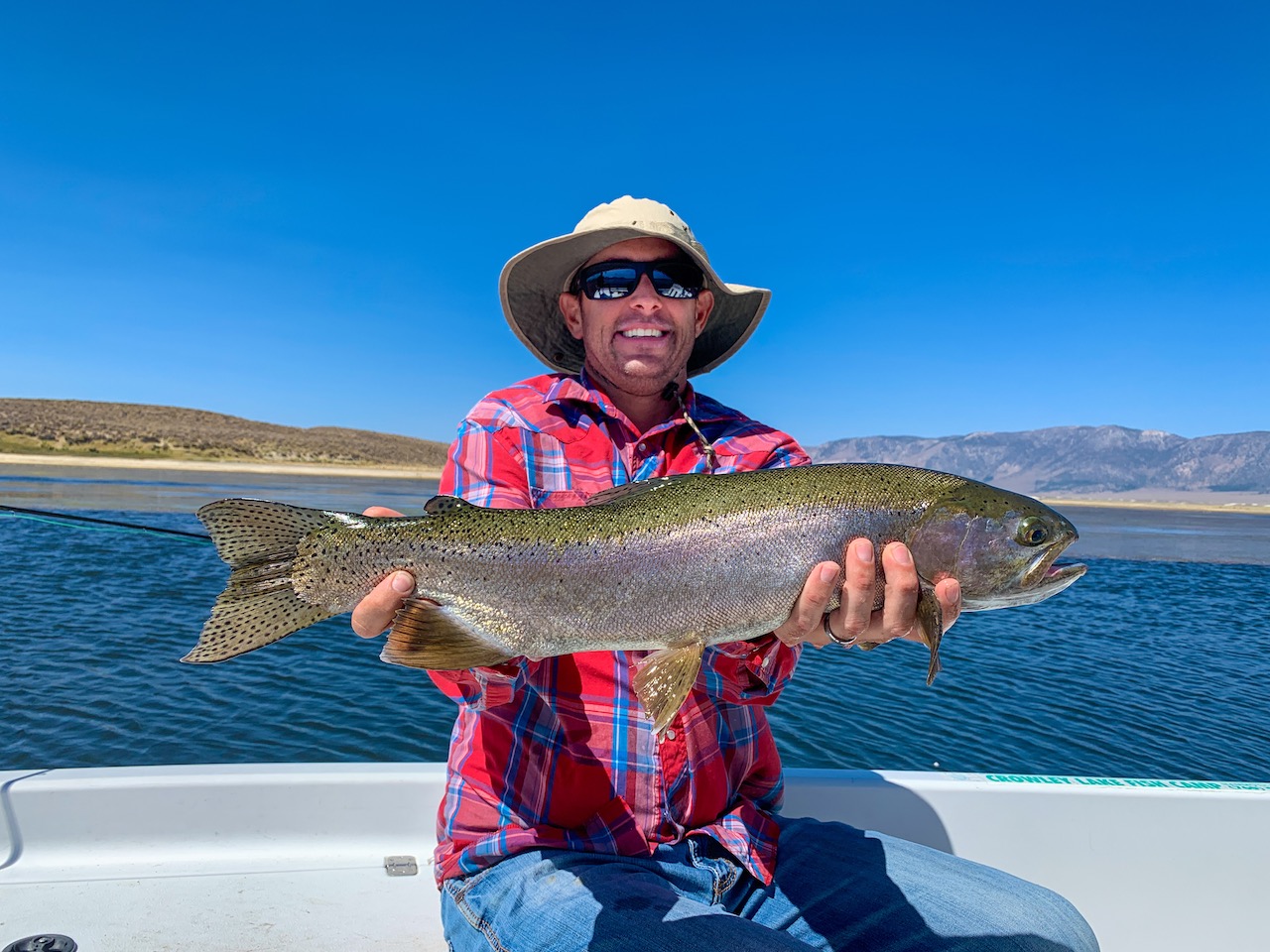 And here’s Isaac with rainbow trout of the month. 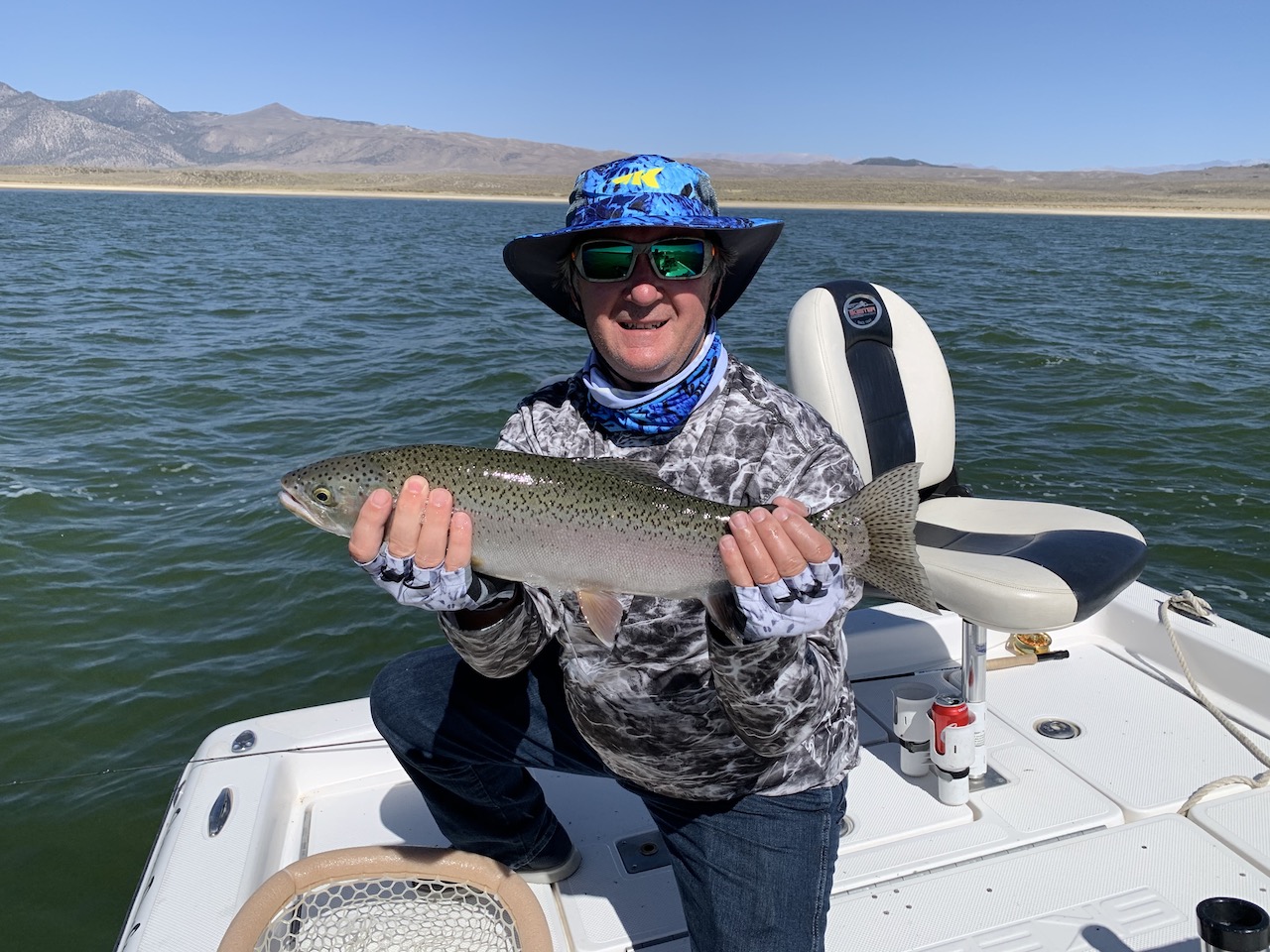 S.L. fished with Jerry and hit a gold mine of fish like this rainbow trout. 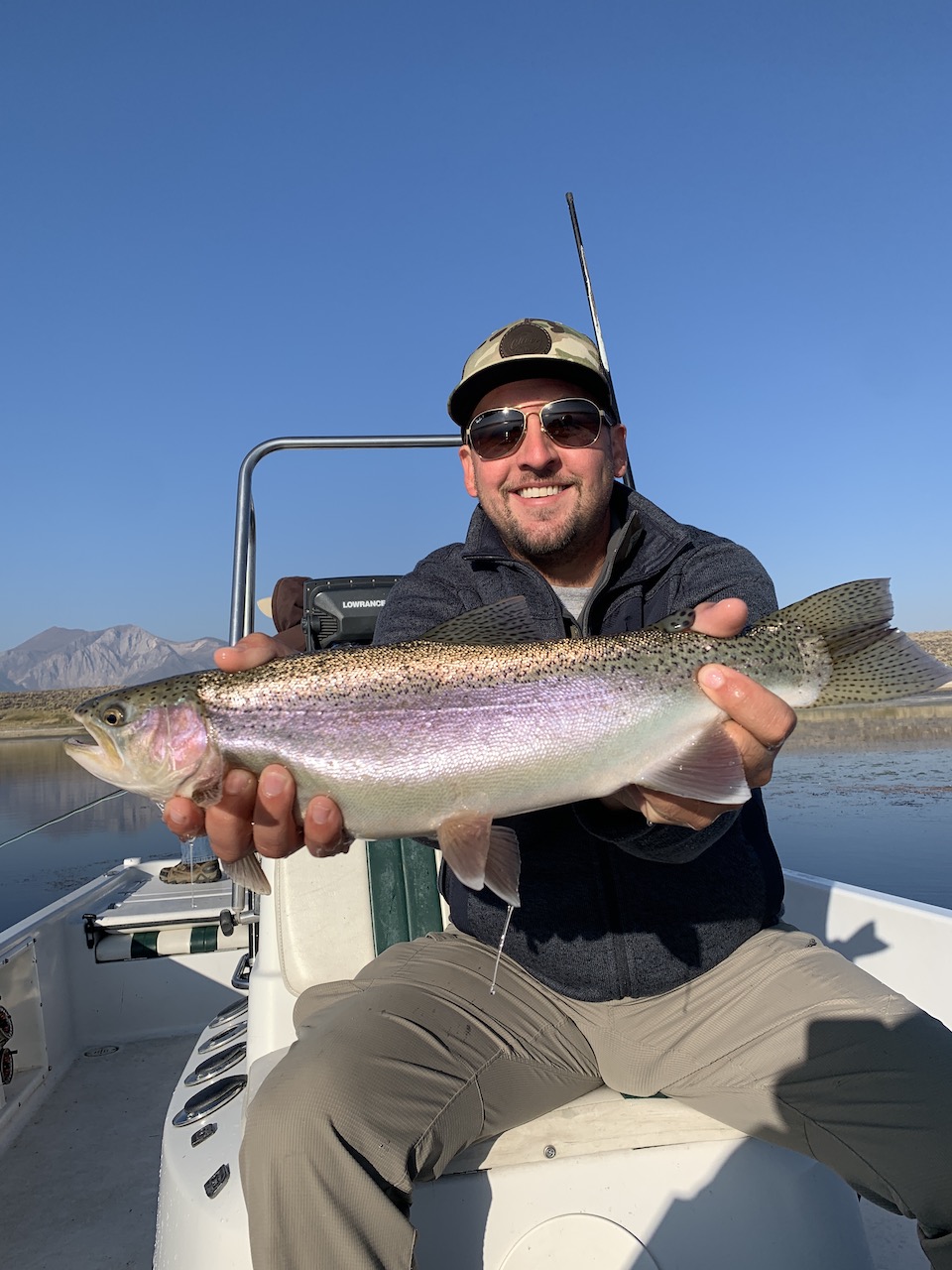 Logan with a fat rainbow trout. 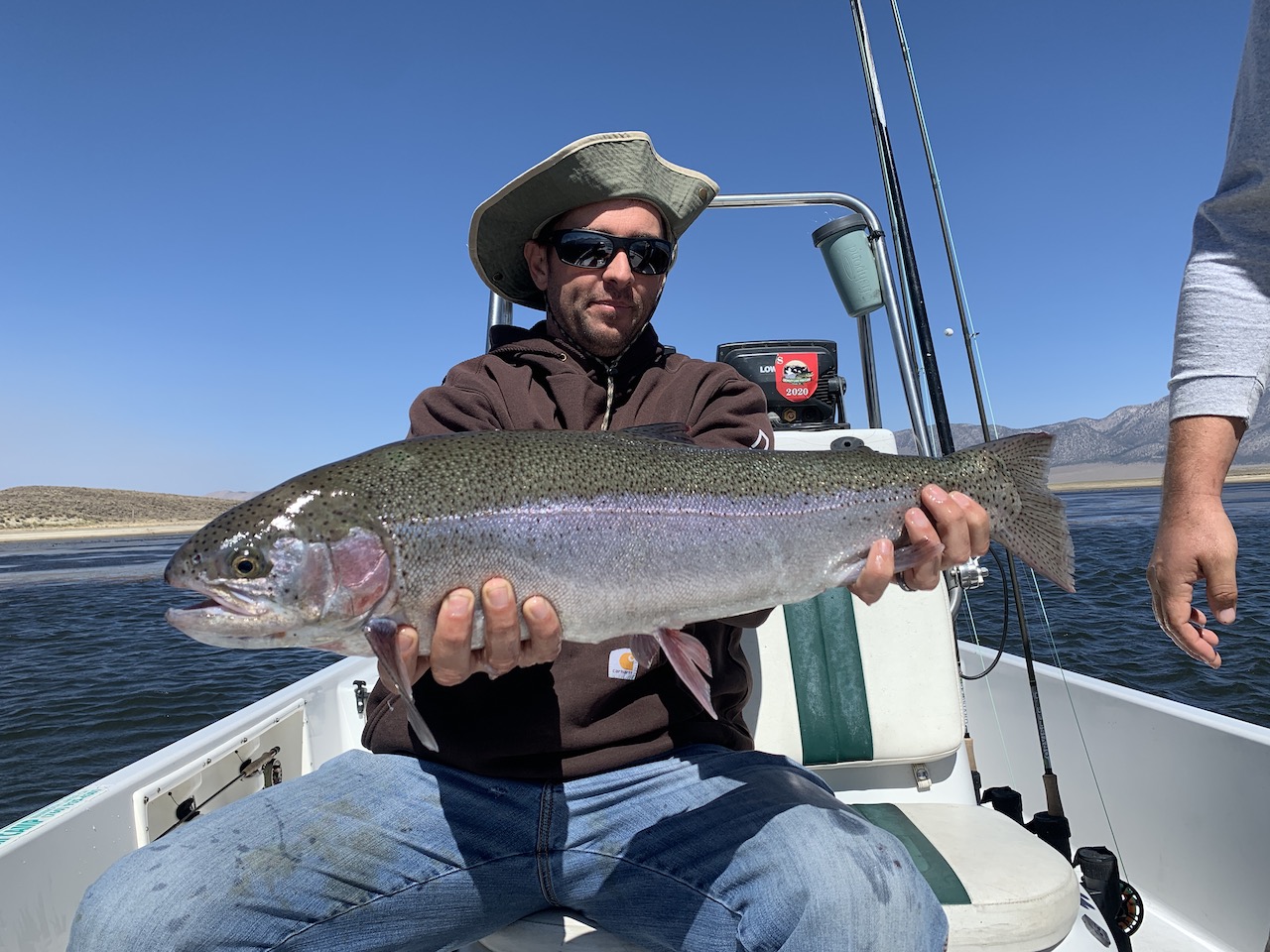 Isaac with one of the monsters caught that day with Hans. 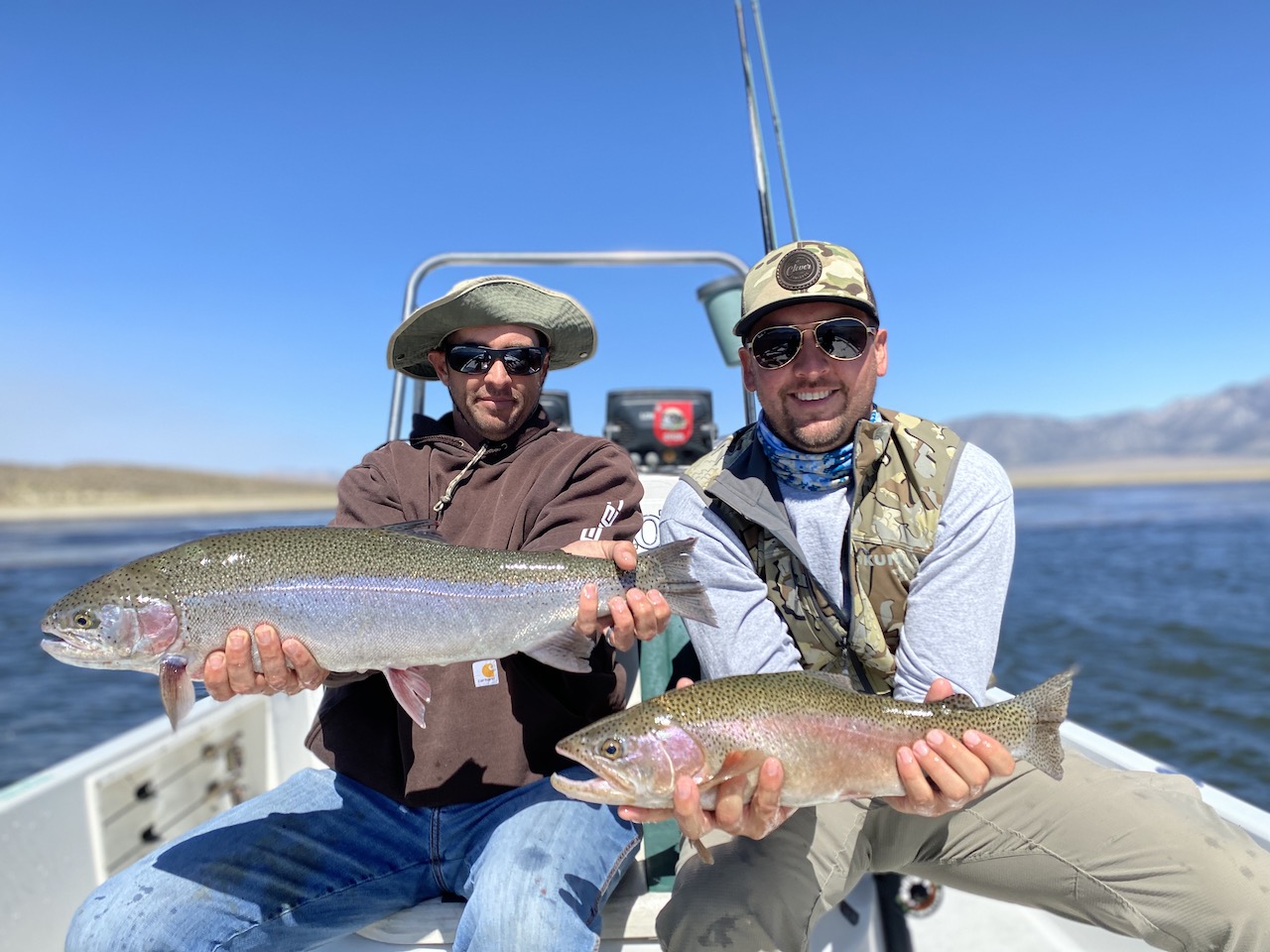 Lou fished with Doug R. and whacked some nice fish on a smoky day.

Shelly’s husband Joe was on fire for fish like this colorful brown trout. 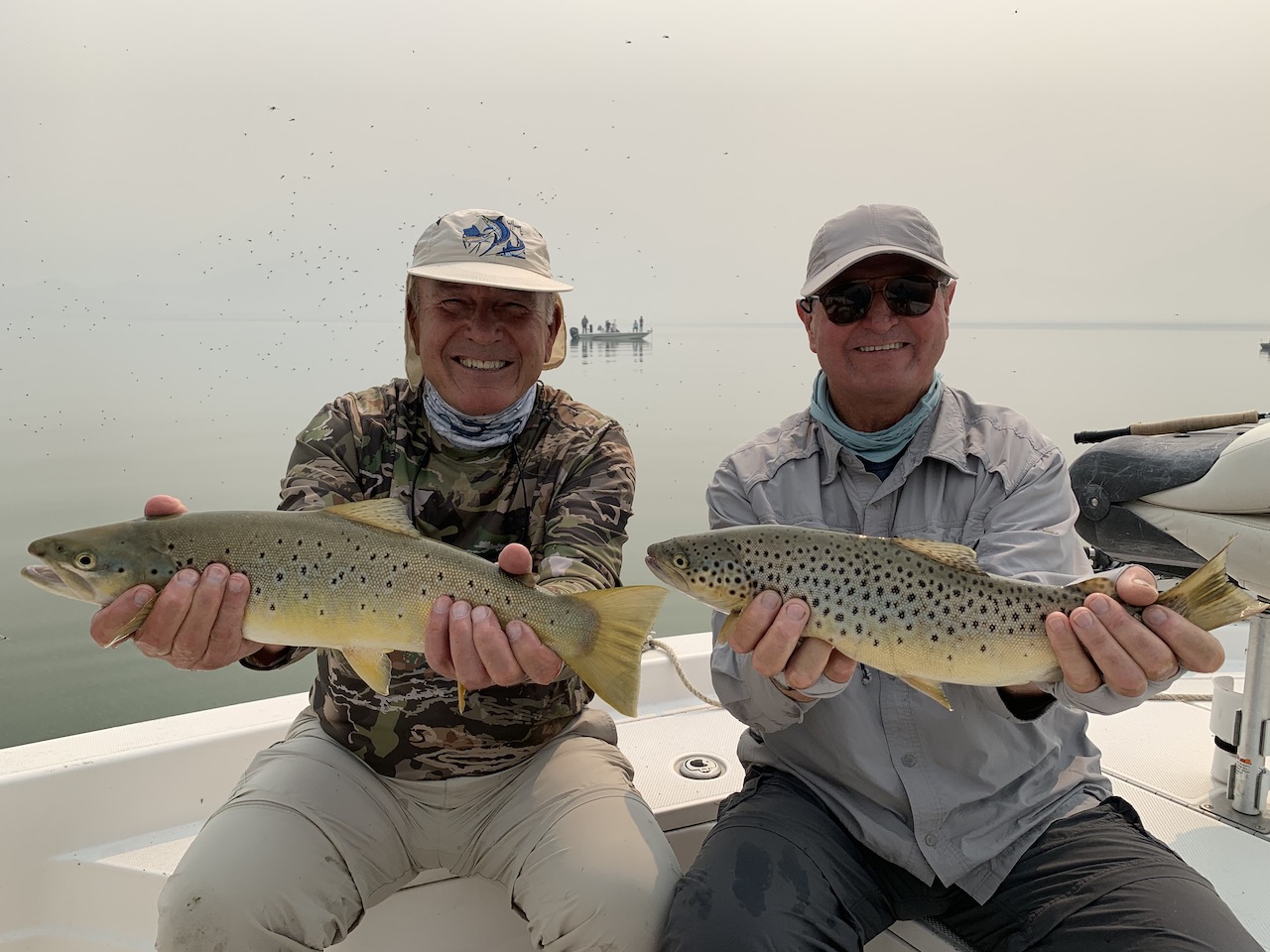 Andy and Scott with a double on beautiful brown trout while fishing with Jerry. 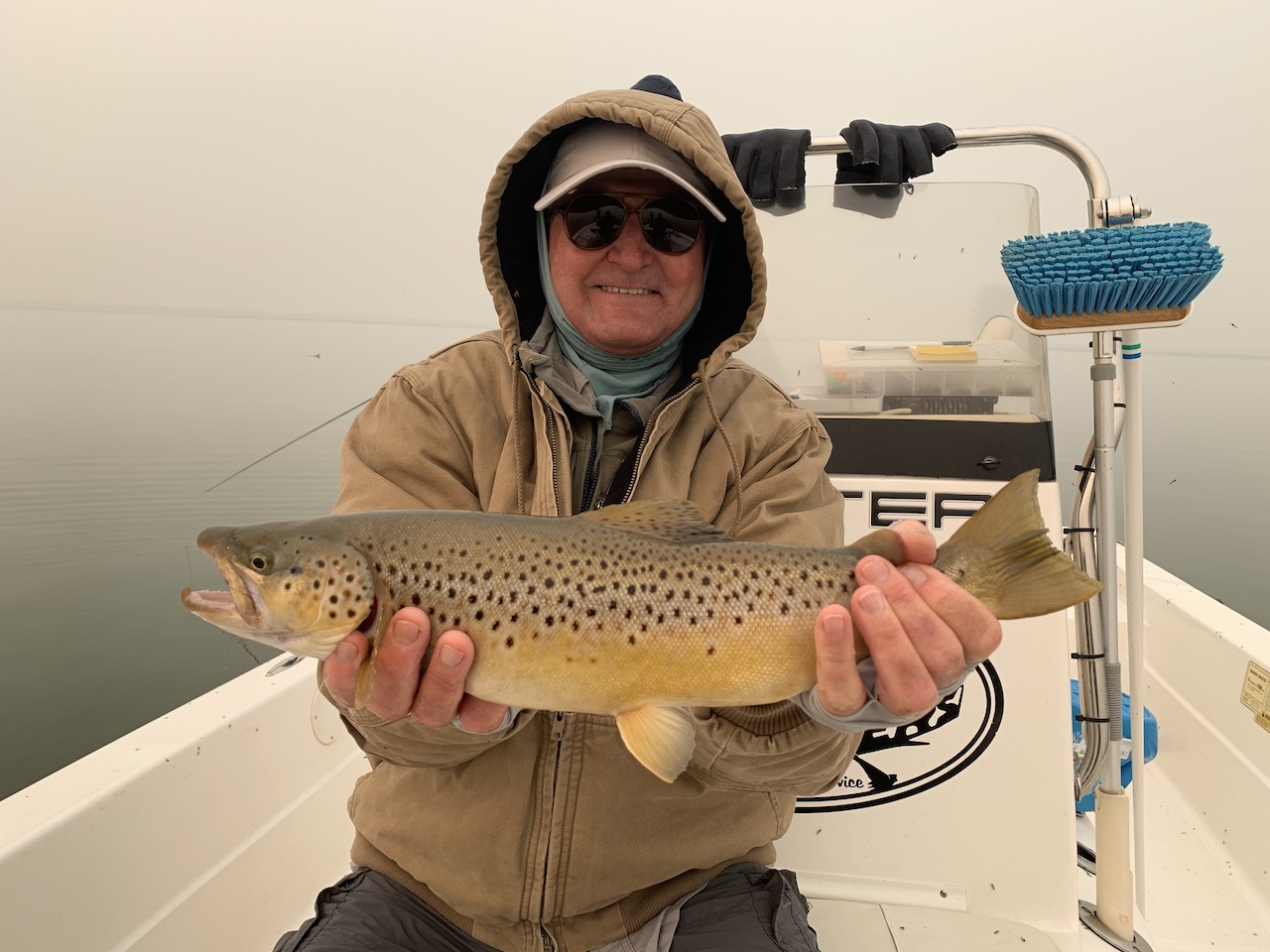 Andy with a great brown trout. 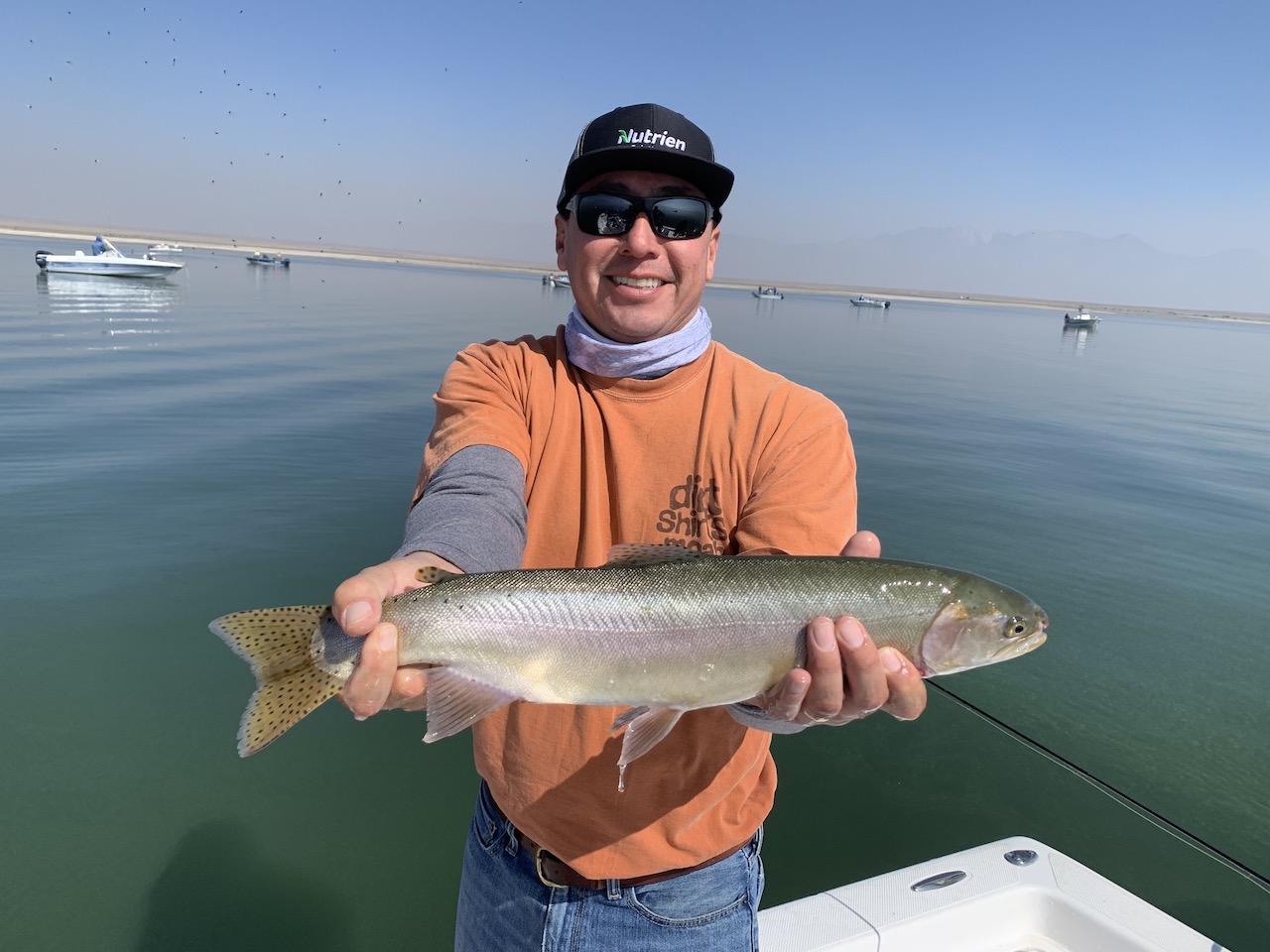 Frank got a nice cutthroat trout while fishing with Jerry. 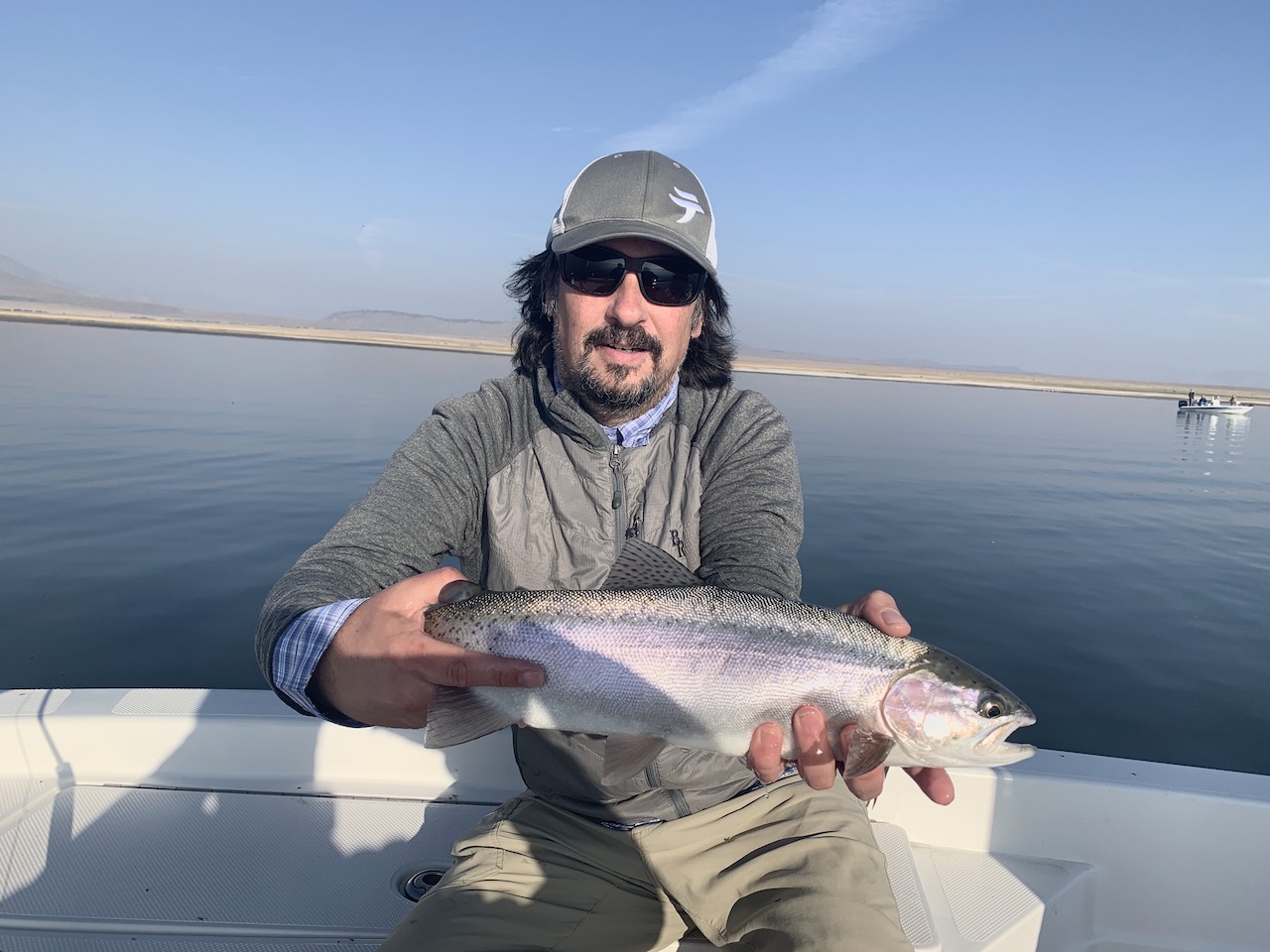 Craig fished with Jerry and got this nice rainbow trout. 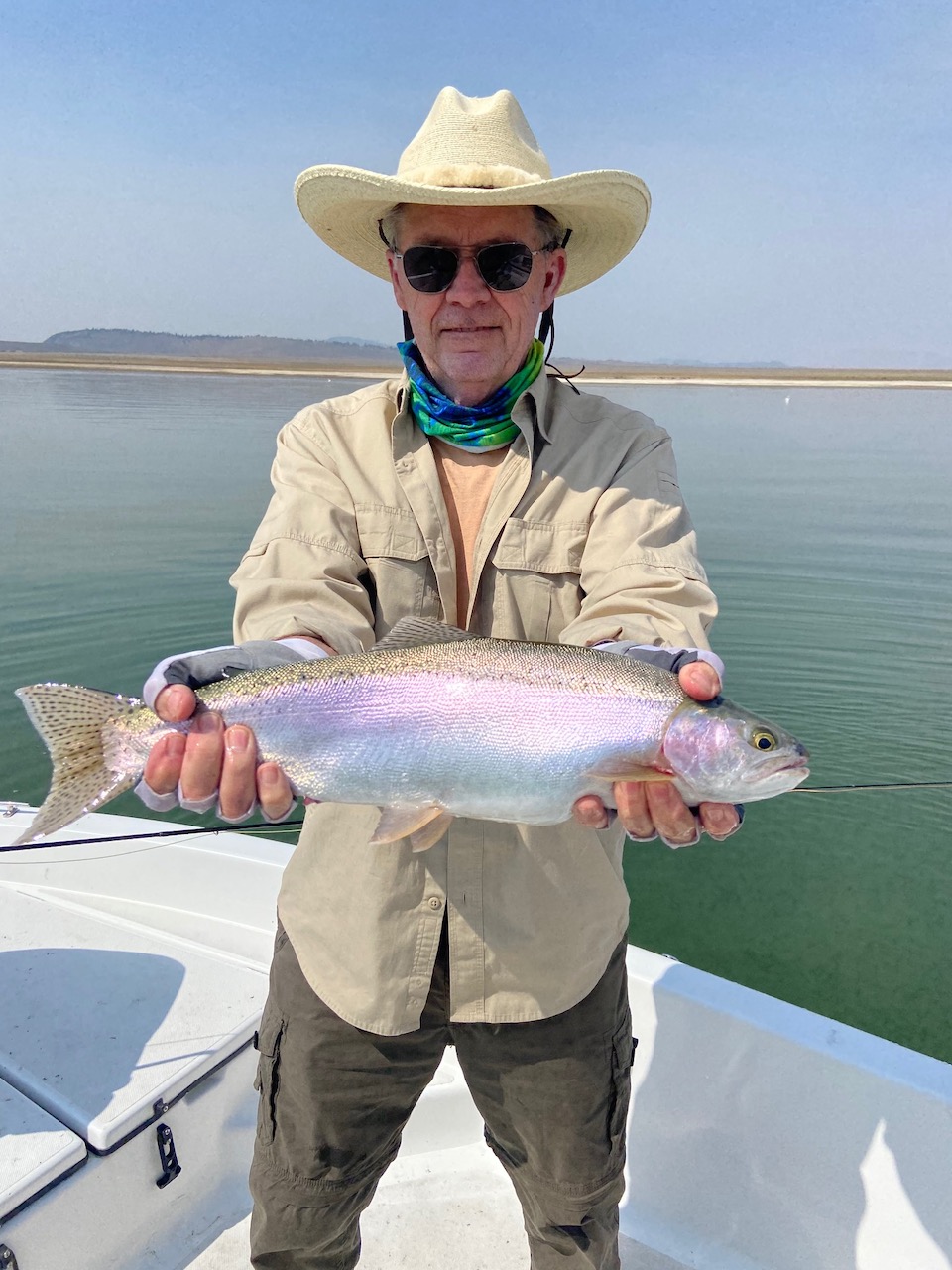 Jack fished with Devin and got some nice fish like this rainbow trout.